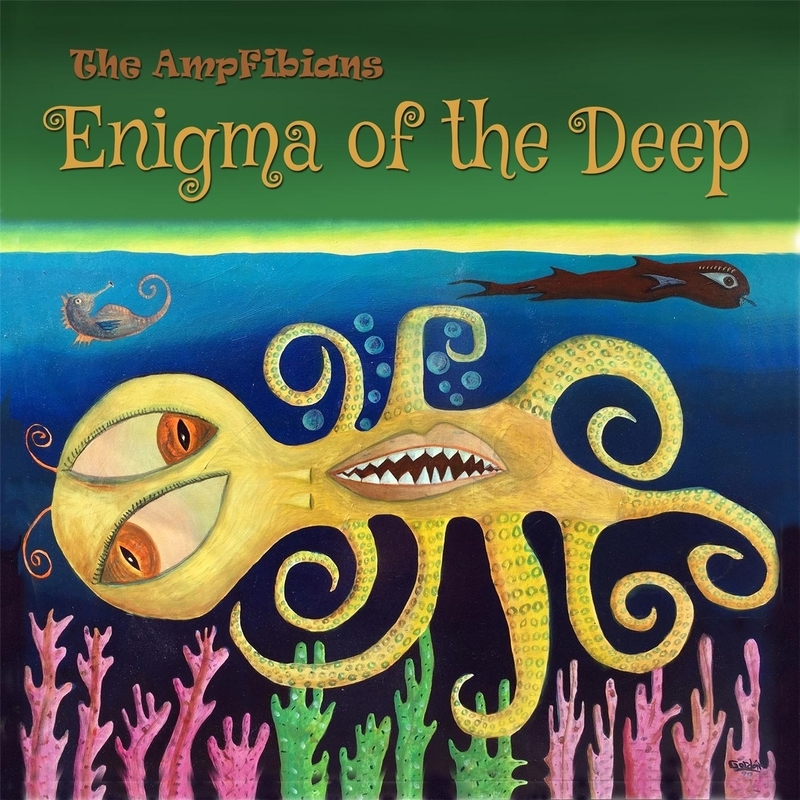 The AmpFibians are a modern instrumental surf rock band from Cincinnati, Ohio. Their original music is inspired not only by the surf sounds of the sixties but also the great surf revival, spy, and spaghetti western bands of today. The AmpFibians bring their own flavor to the surf music world. Their songs blend captivating, reverb drenched guitar melodies, infectious hooks, and driving energy. Their musical influences span decades and include classic rock, jazz, blues, country, psychedelic, Latin, and everything else stored in the recesses of their minds. The result is a fresh and current take on the continually evolving surf genre. The AmpFibians are indeed relevant. Current members include: Dave Davies (guitar), Ron White (guitar), Eli White, (bass), and Tom Coates (drums).

Enigma of the Deep