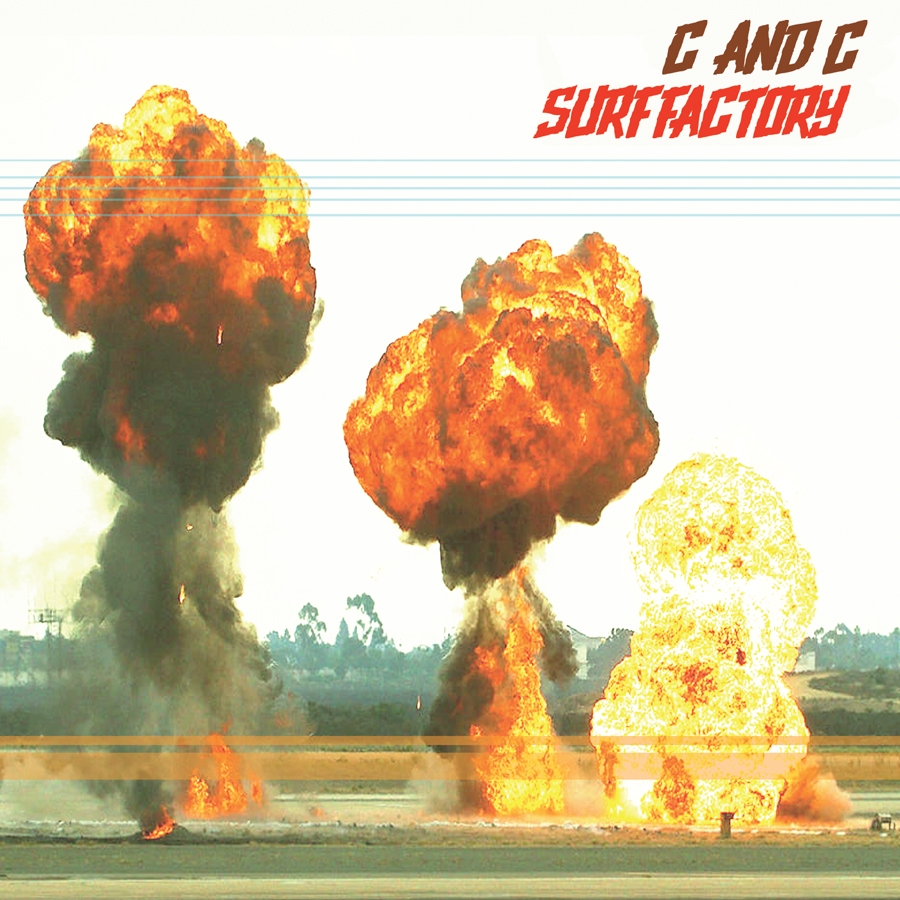 Garage City is not all sun and sand – C & C Surf Factory’s take is edgier and grittier than you might expect. Songs like “Cobra Basket” and “Fire on the Dance Floor” have sharp edges and dark corners, and live closer to the White Stripes than the Beach Boys. “Belt Buckle” is a trippy, swirling slow burn, and conjures more “Fear and Loathing in Las Vegas” than it does “Wipe Out.”

C & C Surf Factory filters the best of 60s surf style – think wet reverb, Fender amps and a stable of electric guitars – through the modern-day guitar wizardry and unimpeachable cool of founding members Colin Cripps (Blue Rodeo, Kathleen Edwards) and Champagne James Robertson (Lindi Ortega, New Country Rehab). The two began working on instrumental guitar pieces in 2012, and took the project in a direction sharply away from the world of roots, country and blues of their main gigs.

Why surf rock? The genre spotlights the guitar as a melodic instrument, which provided two of Canada’s most in-demand slingers the irresistible opportunity to obsess over tone, history, playing styles and obscure musical acts (Hank Marvin and the Shadows and the Ventures, for example). “Ultimately, the direction was a byproduct of our love for low-end twang and a common interest in wanting to play songs without words,” says Champagne James.

C & C Surf Factory has grown to include Sly Juhas on drums, Ryan Gavel on bass (P Bass, naturally), and Chris Stringer on keys and percussion. The band played shows in between busy touring and recording schedules, and quickly became a hot ticket at Toronto’s best music hangs.

Now, with Garage City, a retro, but not rose-coloured, collection of beach vibes and vibrato, C & C Surf Factory officially joins the Six Shooter roster, where musical excellence of all stripes finds a home.

© 2018 by Sharawaji Records. All rights reserved. Designed and developed by GECKONET.