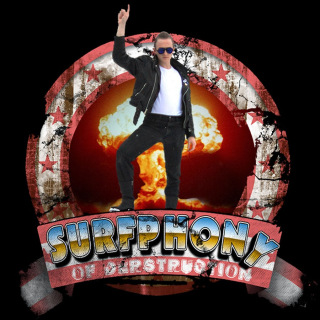 I get down here? Well, it’s a long story and I feel like regalin’ this old tale so grab a seat, fink, cause it’s time for a tall tale, ya dig?

OK so back in October during Count Von Derkula’s nightmare mash on the Surfphony of Derstruction B000, I crashed the party to have a good time with all the ghouls ‘n’ ghosts. Never one to turn down a brew, I accepted a drink from Mr. Mephistopheles, SATAN HIMSELF. My judgment was a bit clouded from the bloody marys that Count Von Derkula was servin’ up OK? So I downed the drink and, lemme tell you, I had one helluva hangover. Not only that but SATAN cursed the drink in order to open the gates of hell on Earth, using me as the vessel. This was documented on Episode 11 of the Surfphony of Derstruction but a little exorcising took care of that problem. That though was only one small part of the big picture though… The damage was already done even though I gave the ghouls a good ol’ heave-ho and the dawn of the earth’s destruction came to bear. I was not quite live but still alive on Episode 12 of the Big Surf to give you a low down on what was going down! All hell broke loose in Hell City and, as a professional, the Big Derboski sought to bring Surf to you finks despite the apocalypse… and here we are now!

The Big Derboski is back in the new year, THE YEAR 20XX to bring you more Surf from around the Earth, although the Earth is not what it once was… Oh no, it’s now the NUCLEAR APOCALYPSE OH MAN! 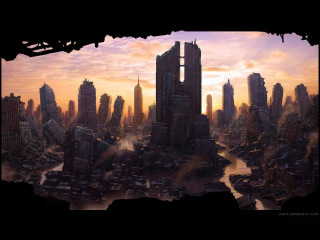 Life is tough in the nuclear apocalypse but I think I got a solution to turn back the clock, if ya know what I mean… Wanna get in on the plan? Then you oughta listen to the episode, ya bum!! I don’t plan on sticking around Hell City in this Nuclear Winter! It’s hella cold and my leather jacket is getting frosty!