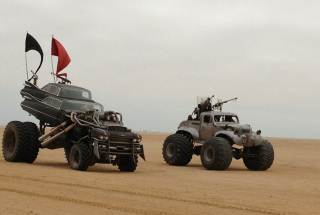 Last time the Big Surf came in with the high tide, I picked up on a rumor that there is an arcade on the west coast called Bumper City (hmmmm, that name sounds familiar) that has a time machine. With that news, I set out to the Satanic Mechanic, Dave L. to get me a set of wheels. Dave had a lean and clean cadillac waiting for me…

It’s an approximation of my caddy, looked more like this though… 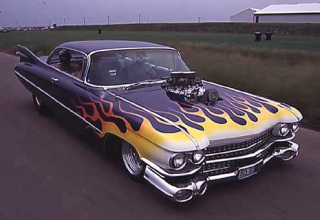 With The Big Derboski behind the wheel and the devil in my car, I hit the ol’ dusty trail on a transcontinental trip from Hell City on the east coast all the way down to Bumper City on the west coast! It’s been one long, strange haul but I had some music to keep me going. Howzabout you take a listen to my lil “trip report” on the latest episode of The Surfphony of Derstruction 2000… AFTER DERK

Car chases, explosions, pinball tables, time machines WHAAAAAAAAAAAT A RUSH!!! I mean… WHAT AN EPISODE!! So much packed into the Big Surf this time around, I hope you can hang ten with the Big Derboski! There was music too…

Now, you might be asking yerself, “How is Derk posting this blog while lost in time and space?” My answer to that is… “Are you really askin’ yerself that? YEAH RIGHT!” and so I avoid the question… something about alternate realities or what-have-you…

Will I ever return to my reality or am I doomed to cruise on through space and time? I DON’T KNOW maybe YOU need to find out on the next FULL MOON! That is on *POST NEXT FULL MOON DATE* But wait! What was that strange transmission at the end of the episode? Something about Hollywood and selling out?! The Surfphony of Derstruction would never do such a thing… Unless… hmmmm, ya know, I’ve dabbled a bit with what goes on left of the dial and I found out that there’s a private eye by the name of Derk Tracy. He sounds a lot like me and he looks a lot like me… I’m starting to think that I’m not the only fink in the universe and maybe, this is just one of many uni-BZZZZTTTSHZZZZZTTT KSSSSSSSHHH 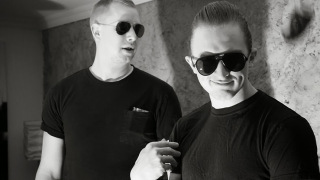 Stylin and profilin’, woooooo we just out here WILIN’… in HOLLYWOOD BABY! What is all this talkin’?! It’s just garbage! HEH, so much for Derky baby up above, he’s twiddlin’ his thumbs out in time and space while I’m making things happen out here in Beverly Hills, baby. You can’t touch me SO DON’T TOUCH ME! It’s about time! The Surfphony of Derstruction has… SOULED OUT! 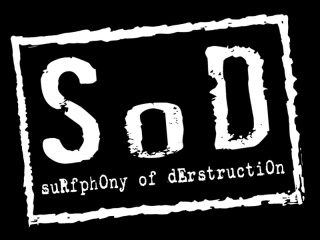 KKSSSSHHHH FFFFFFFFSSSSSHHHH ZZZZZZZZZT!-ziest thing that ever happened to me. But I digress! Being the cheeky fink that I am, I managed to squeeze in a little bit of pinball on the surfphony. Pinball is one of my favorite activities, so much so that I have a blog about it! Here’s a pic of the guest star Time Machine 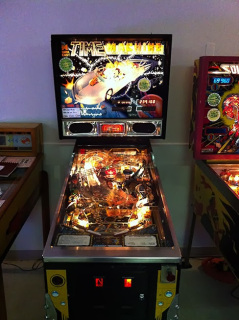 If you can dig it and want to see more Time Machine, then you should check out the latest post on Bright Lights Bumper City, all about my trip to the Ottawa Pinball Expo! Don’t be a chump! check it out!

Since there’s been all this chatting about pinball, I have one last shameless plug… I have something else on the horizon, a little bit of surfphony…. a little bit of bumper city… pinball and podcasts? hmmmmmmm…

It’s a little something for YOU on The Big Derboski’s birthday so you should appreciate it! HEH! Alright so here’s the lowdown… Down at The Arcade is a little podcast I put together, sort of like the Surfphony, except when there’s breaks in the music, instead of me, ya get all sorts of pinball sounds! WAY PAST COOL! No surf to be found while yer playing pinball in Down at The Arcade but there are a couple of instrumental tracks coming from all sorts of genres like new wave, synthpop and space disko! Here’s a little quip I’ve been using to explain the experience of Down at The Arcade:

Spend the day at the arcade playing pinball. When you first get there, take a look at all the machines! It’s pretty busy so you will have to wait your turn. Later on, things start winding down and only a few people are still hanging around and playing pinball. Before you know it, it’s closing time but you gotta get one more game in!

Can you dig it? I sure as heck hope so!

ONE MORE THING! I gotta get some thanks and give credit to a few individual for whose sounds I used to make up the Surfphony of Derstruction Episode 14 (woo!)

Thanks to these users on Freesound.org